We are celebrating 20 years of craft brewing this year with the launch of a limited edition Imperial Stout. Last week before a cask of this devilishly good brew was unleashed onto the crowd at the Irish Beer & Whiskey Village we invited some of you to a special evening at Neary’s for the very first tasting and a good old chat about all things Stout including our own journey with stouts over the last 20 years 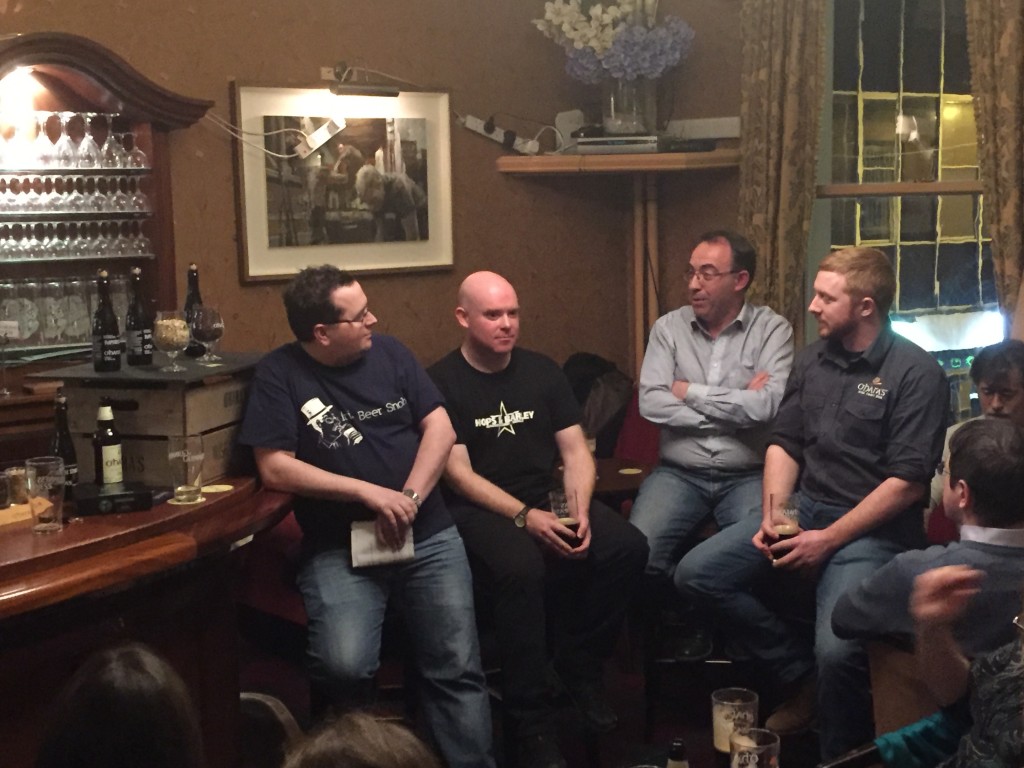 MC for the night was a good friend of ours Wayne Dunne (@irishbeersnob) who was joined on a panel by John Duffy, The beer nut, our head brewer Conor Donoghue and the man who has guided us to this landmark brew, Seamus O’Hara. Topics for the night included a look back on the history of Stout and it’s origins, which was covered in amazing detail by John Duffy and whose level of detail as far back as the 19th century is pretty scary. We also had a look at the history of O’Hara’s stouts including our Irish Stout and Leann Folláin which Seamus obviously knows a thing or two about and that left proceedings to Conor who then took the audience through an in depth tasting of  ‘a robust full bodied stout with a long warming finish whose complex flavour’s will develop for years in the bottle.’ 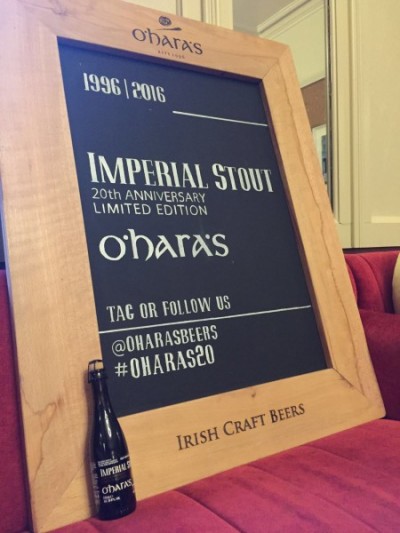 With Wayne directing a topical Q & A afterwards, we have to say that we were delighted to have spent the evening with 70 passionate people who really embraced the stories that were being told and appreciated our own passion that went into craft brewing an Imperial Stout which we have high hopes for!

A special thanks must also go out to the dazzling array of locally sourced artisan foods from Made in Heaven Marshmallows, Brodericks, Little Milk Company and Wicklow Blue which were provided for guests on the night . We are massive fans of cheese in particular and felt that the Wicklow Blue is a perfect match for the Stout as was the stunning Brewers Gold we received from the Little Milk Company. 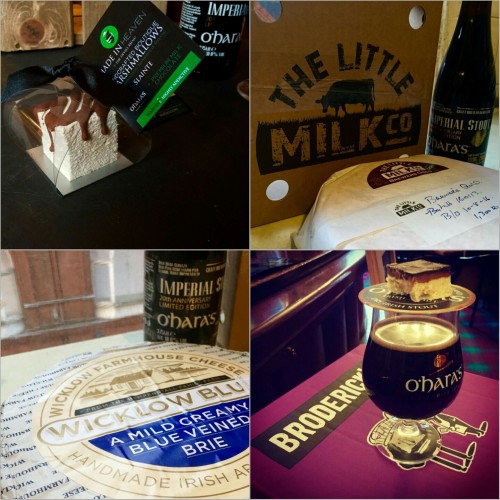 However when you have cheese and stout you must of course have chocolate thrown into the mix and this is one area that also went down a storm on the night. Hailing from Graiguenamanagh ‘Made in Heaven Marshmallows‘ are luxurious handcrafted marshmallows that are created using our very own stout and definitely hit the mark with everyone in the room. Whilst a special mention must also go to Brodericks who used our imperial stout to create some extra special chocolate and salted caramel slices which were simply divine.

A final note must come from our very own leader Seamus O’Hara, whose own feelings about this particular release are very strong “The Imperial Stout is in some ways symbolic for the brewery, as our traditional Irish Stout is the flagship of the O’Hara’s brand. Being in this business for 20 years, we have witnessed a complete overhaul and rejuvenation of the industry, but the common denominators of succesful independent craft brewing remain the same; quality and innovation, something our Imperial Stout has in spades! It packs quite a punch, and I very much hope that it excites our loyal and ardent fans, as well as attracting and intriguing the uninitiated craft beer drinker. It’s our way of saying thanks for all the support, and a pledge of our continued commitment to brewing interesting and flavoursome beers for the next 20 years!”

The Imperial Stout is soon to be available on shelves across the leading Independent Off Licences once it has finished conditioning in the bottle, which we hope will be within the next 7 days. 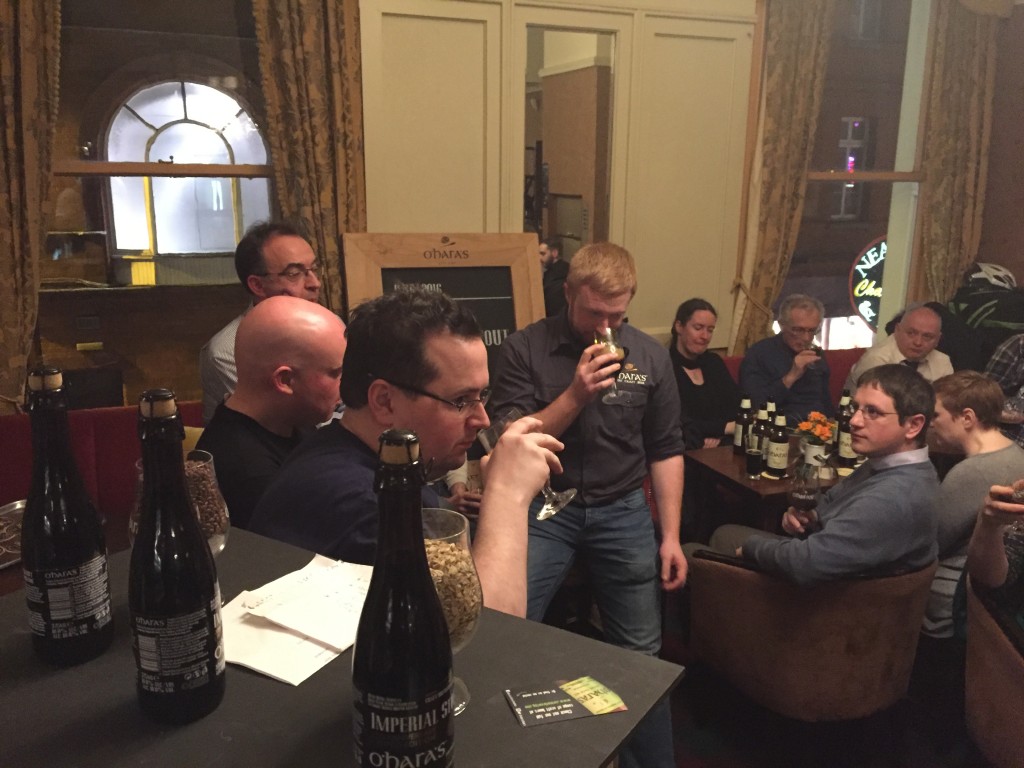 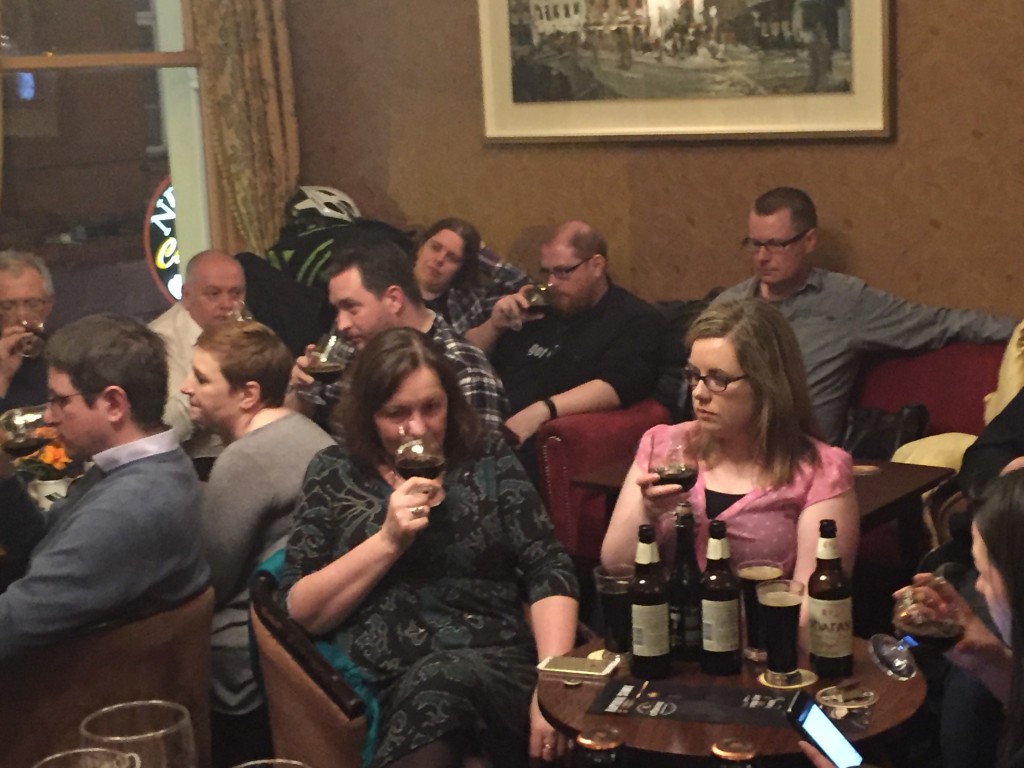 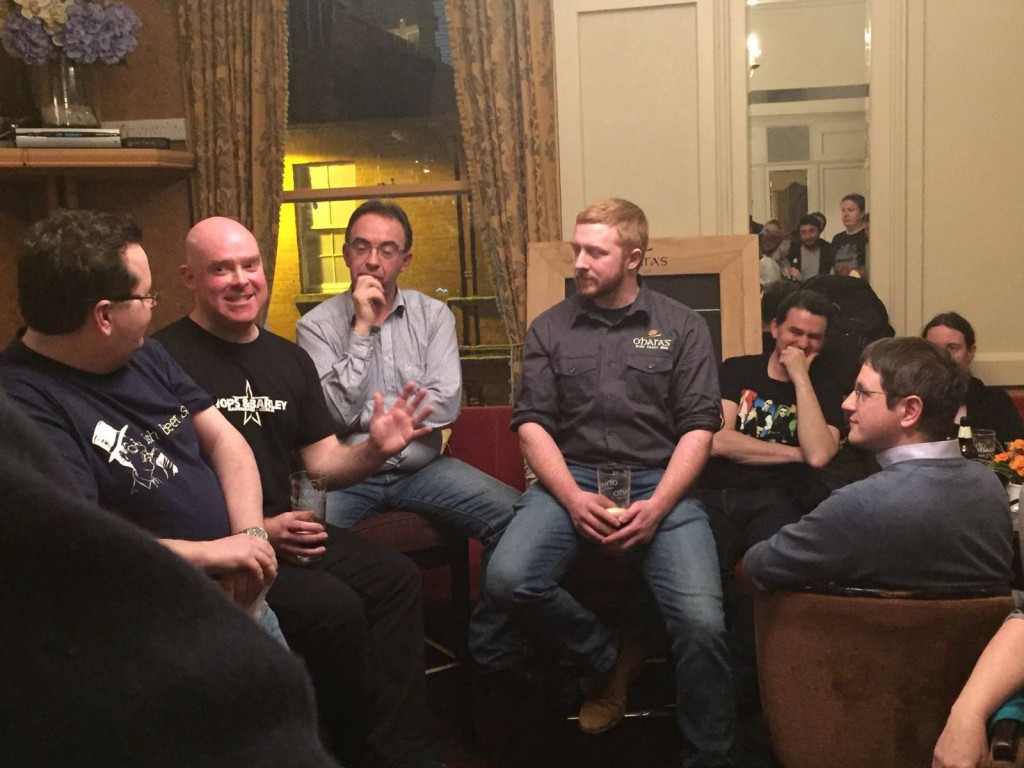 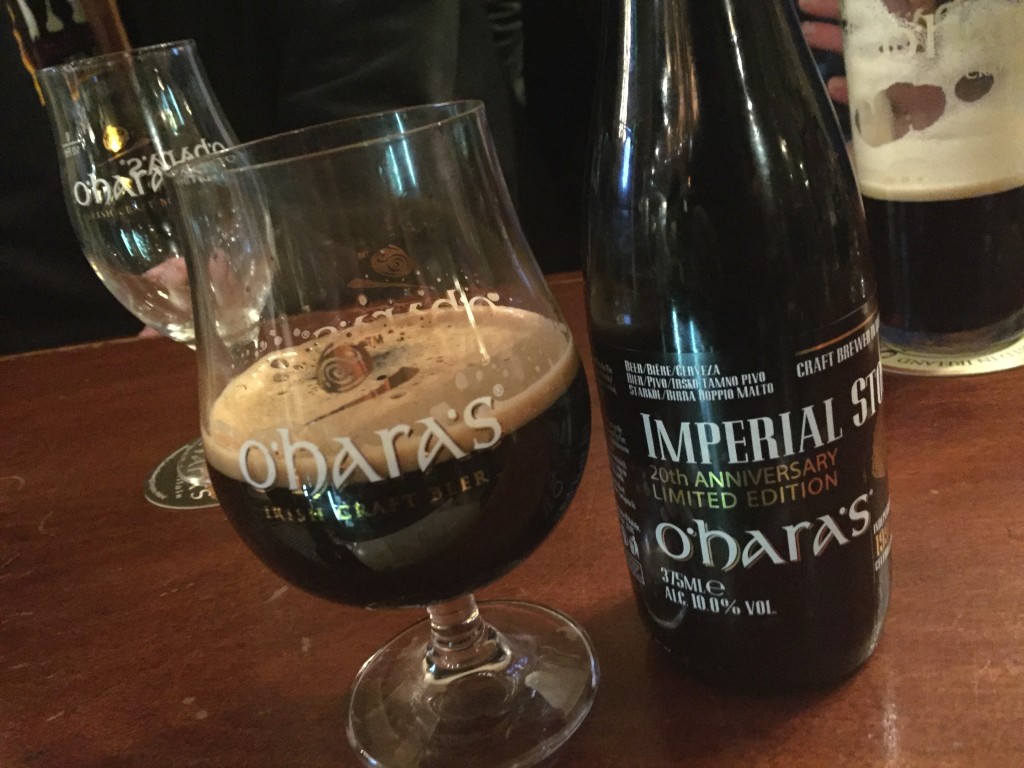 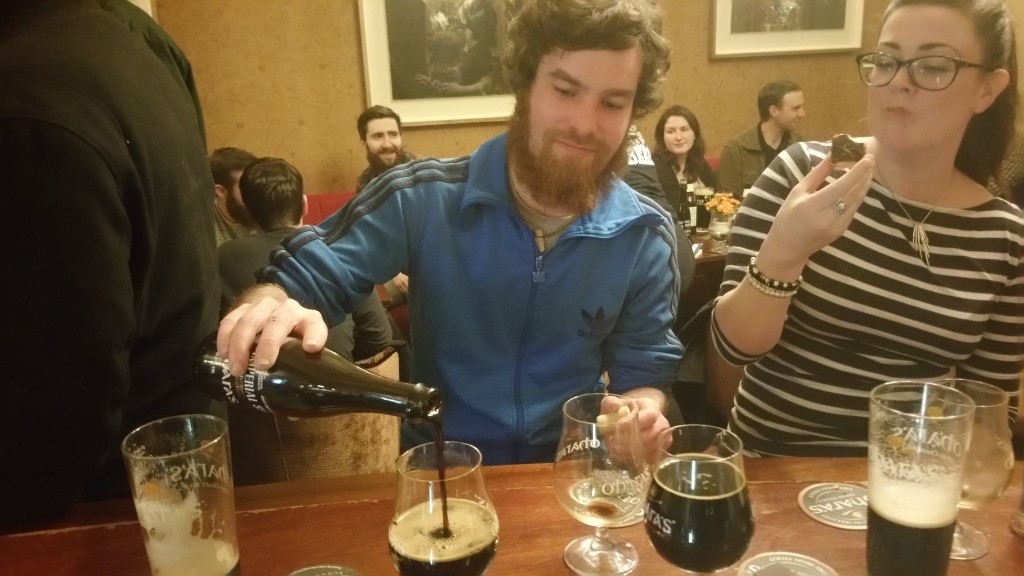 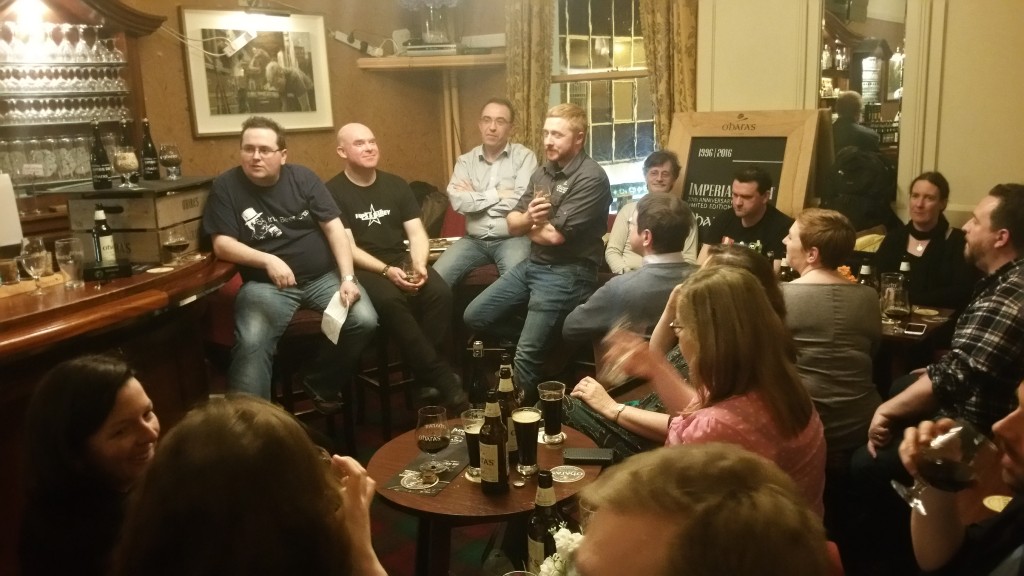 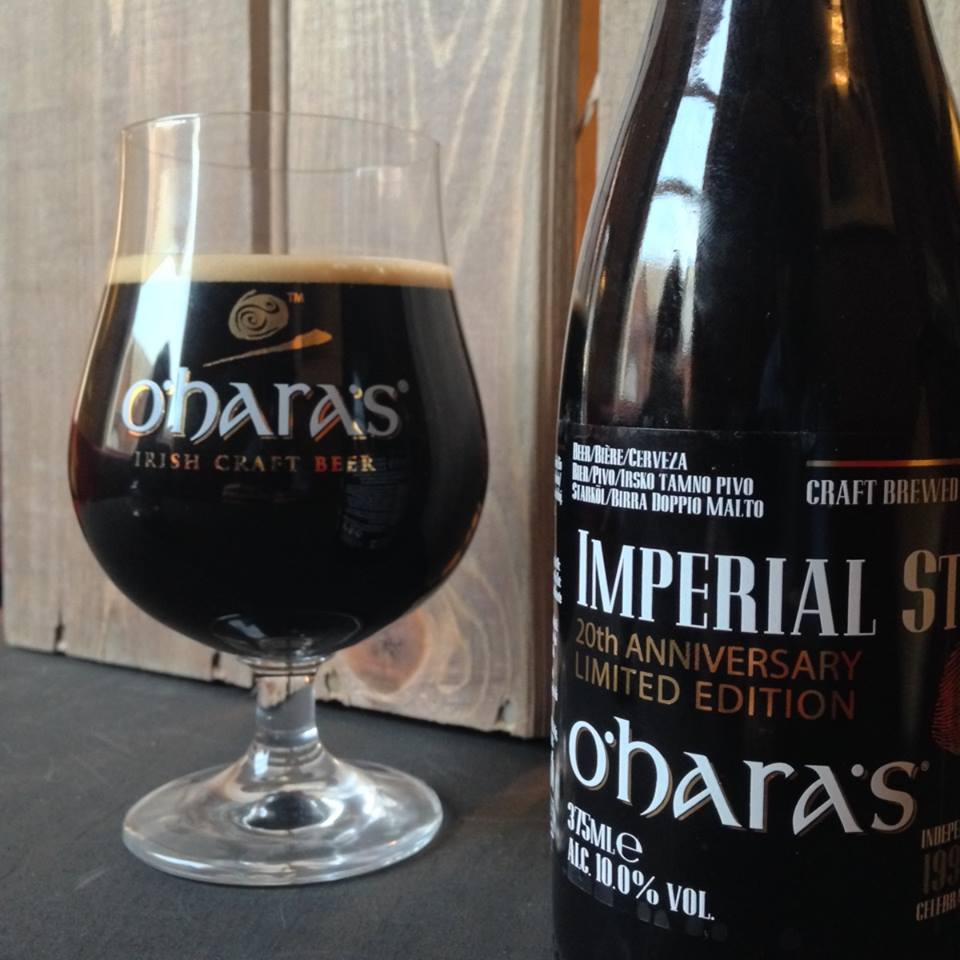