The sale includes Craigies cider production equipment, which will enable Carlow Brewing Company to bring all cider production in-house to the Bagenalstown based microbrewery this year, and facilitate support of local apple growers and producers.

“Today’s announcement marks the fruition of many months of discussion and planning with the Craigies team, and we are delighted to welcome the brand to the Carlow Brewing family. The brewery is celebrating its 21st anniversary this year, and we are delighted to start 2017 with this expansion. We value all of the hard work and effort that has gone into the Craigies brand thus far, which has resulted in it becoming one of the most popular and highest quality Irish craft ciders in the country. We intend to continue this tradition, as well as learning from the members of the Craigies team who will continue to be involved in the brand.”

“We launched Falling Apple Cider in 2015, and the goal was to take the cider production in-house, the deal with Craigies has facilitated this objective. It will allow us to expand and innovate our Falling Apple range, and also continue to produce the Craigies cider range to the high standard their many fans expect. We see the ciders as complementary, and we look forward to introducing some really interesting and exciting new ciders from both Falling Apple and Craigies to Irish cider lovers and beyond this year” 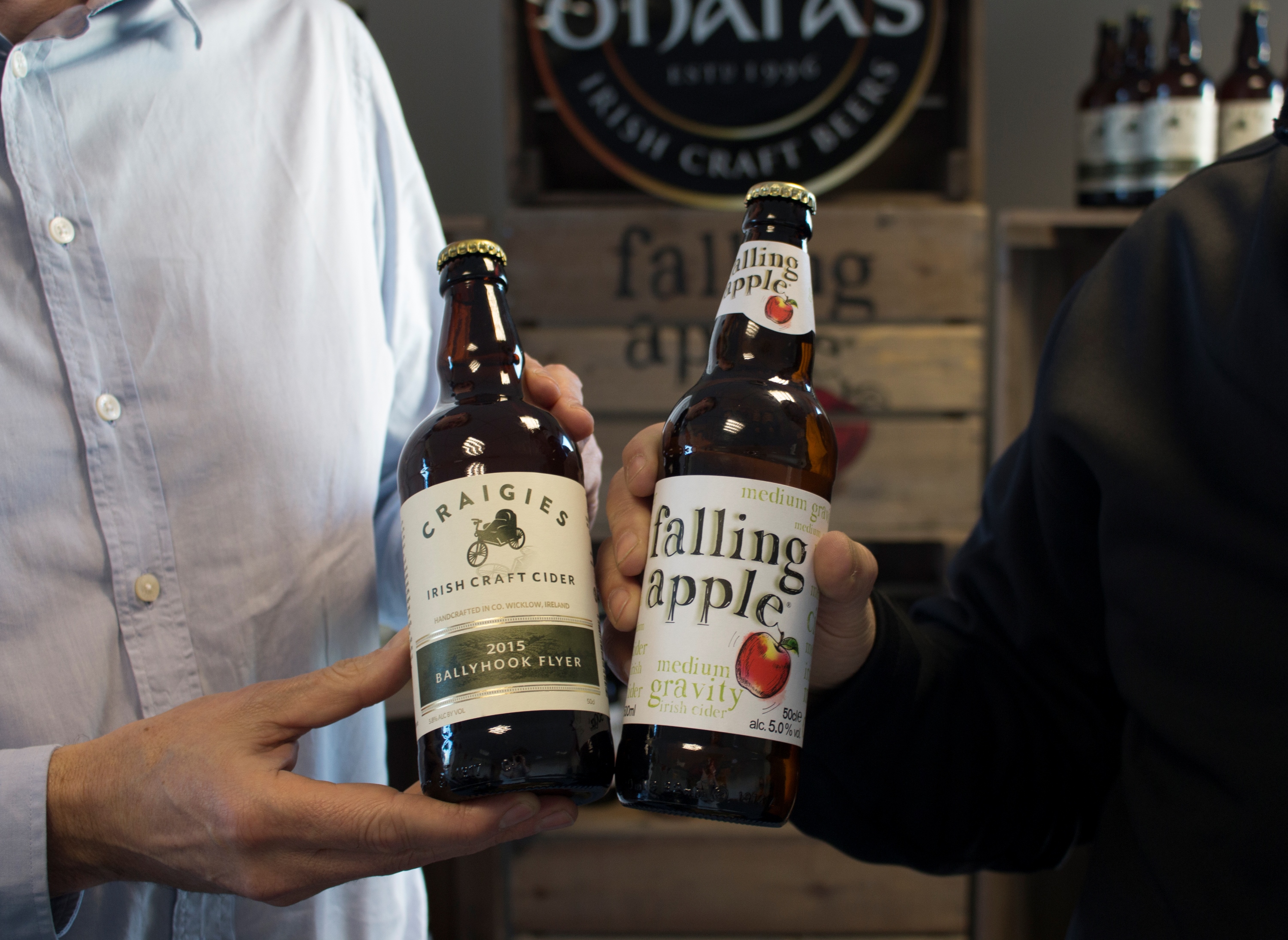 Simon Tyrrell, who co-founded Craigies (along with Wicklow farmer, Angus Craigie), commented on the deal,

“Carlow Brewing are best positioned to take Craigies to the next level. In moving the business on to them there’s more a sense of passing the baton than selling up. Seamus had already developed another cider brand in Falling Apple but we appreciated that he wanted to dive deeper into production and explore the different expressions of cider that exist. We felt that we had the know-how and the production equipment that would fit well with this ambition. The set up in Bagenalstown is so good and their sales network so well established that in terms of production, new product development and distribution it was the number one option for us.”

Members of the Craigies team will continue to be involved with the production and promotion of Craigies, lending their expertise and experience, and cider fans will have a lot to look forward to this year as Tyrrell explained,

“We believe that the move to O’Hara’s will be a fantastic opportunity for the brand to explore all the different styles that were in the pipeline but that we lacked the resources to be able to bring to market. Fans of the brand will hopefully see a number of small batch releases hitting the market soon. These will attempt to really explore the wonderful fruit produced in Irish orchards. There are some very exciting ciders that have been maturing in tank or bottle just waiting to be released. First up should be a cider that was bottled in May 2015 using the second fermentation technique that is made in the production of Champagne.”

Carlow Brewing Company, which has been in existence for over 20 years, is Ireland’s leading craft beer producer, and has had huge success exporting, as well as selling domestically. This has been driven principally by the O’Hara’s® Irish Craft Beer brand, (which includes stouts, wheat beers, ales and lagers) and more recently by the Falling Apple® craft cider brand.

About Carlow Brewing Company
Carlow Brewing Company, also known as O’Hara’s Brewery, is an independent, family-owned business established in 1996 and one of the pioneers of Irish craft brewing. Located in the heart of Ireland’s traditional malt-growing “Barrow Valley” region that has strong historical links to the Irish brewing industry, the company has been at the forefront of Irish craft brewing for over 20 years, with a range that includes traditional Irish beers, interpretations of international beers, and Falling Apple Cider.

About Craigies Cider
Craigies Cider was founded in 2011 by Simon Tyrrell and Angus Craigie in Ballyhook Farm in the rolling hills of Co. Wicklow. Craigies only use Irish apples, sourced from dedicated growers in counties Waterford, Tipperary, Cork and Kilkenny. The team at Craigies (Simon Tyrrell, Angus Craigie, Ralf Högger, Emma Tyrrell and Alan Garrioch) held the belief that Irish cider achieves its greatest complexity and expression as a blend and that each apple should reflect its regional origins as well as its specific fruit characteristics, and also that their ciders should reflect the year in which the fruit was grown and so only produce vintage ciders. Craigies lead brands ‘Ballyhook Flyer’ and ‘Dalliance’ are the fruits of that philosophy.