We are just back from an amazing night at the Bar of the Year Awards  in Dublin as our bar ‘Brewery Corner‘  was named ‘Craft Beer Bar of the Year’. This is a  wonderful achievement for the team in Kilkenny who have put themselves on the map with their ongoing dedication to providing a first class craft beer experience with unmatched customer service, food, entertainment and feel good vibes. If you have yet to visit this little gem of a bar, then now is the time to stick it on your hit list the next time you are in Kilkenny. 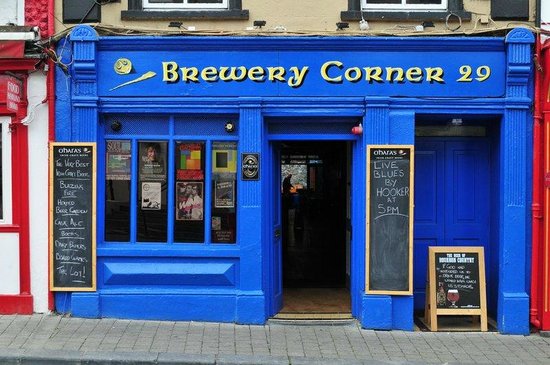 O’Hara’s Brewery Corner, a bar dedicated to the best of local and international craft beers, opened its doors in Kilkenny city to great excitement on 19th April 2013. The pub is located approximately 20km from our own brewery on bustling Parliament Street and in an area of the city with a long association with brewing and distilling, and great bars – Brewery Corner is nestled amidst a row of 6 pubs all with their own individual personalities.  Brewery Corner has taken over the premises of another long loved local hostelry, the Widow McGrath’s.  “The Widow’s” closed its doors in 2010 and the premises had a chequered history in the interim, until a new dawn arrived as Brewery Corner in April 2013!  Parliament Street is also on Kilkenny’s Medieval Mile which links Kilkenny Castle to St Canice’s Cathedral and a popular walking route for locals and tourists alike.

To see what is on there tonight head over to their facebook page https://www.facebook.com/brewery.corner

What a weekend at Whelans!
Blues, Roots & Brass Festival at Whelans